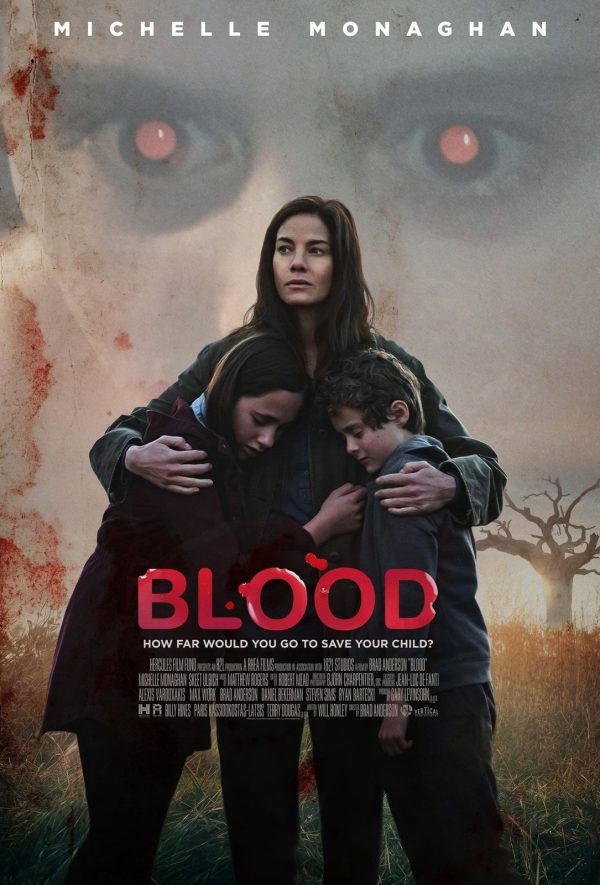 Jess, a separated and nurse who moves with her daughter and young son Owen back into her old farmhouse. Shortly after settling in, Owen is bitten by the dog, resulting in a mysterious infection from the bite. 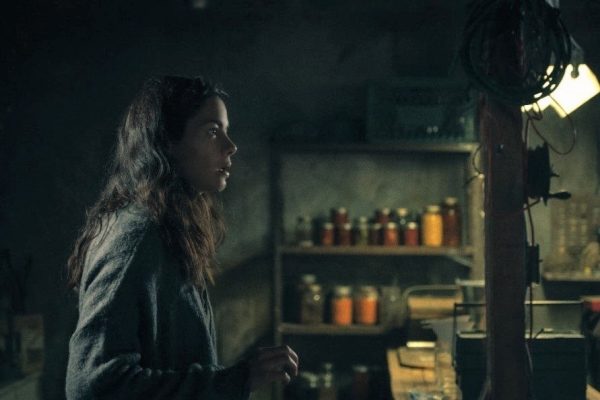 Engaging with director Brad Anderson’s Blood on a metaphorical wavelength will yield more satiating results than trying to understand character logic or its mystery elements. When it comes to the latter, writer Will Honley does have the right idea by not fixating on cliché cursed family legacies and the specifics of what is crossing characters to crave blood. There’s a tree standing upright in the middle of a dried-up lake, which is the source of the evil; that’s all we learn, and that’s all we need to know.

The filmmakers are aware that truly unsettling viewers require grounding this inexplicable horror into something human, centering on Jess (a terrific Michelle Monaghan that properly conveys the characters escalating desperation stemming from the inherent willingness to do anything to protect her children), a recently separated nurse and mom that is temporarily moving back to her family’s farmhouse with her two children Owen and Tyler (Finlay Wojtak-Hissong and Skylar Morgan Jones.) It’s also made clear that Jess is a recovered drug addict, with that problematic behavior leading to her husband Patrick (Skeet Ulrich) committing adultery and leaving her, still with intentions to file for full custody. 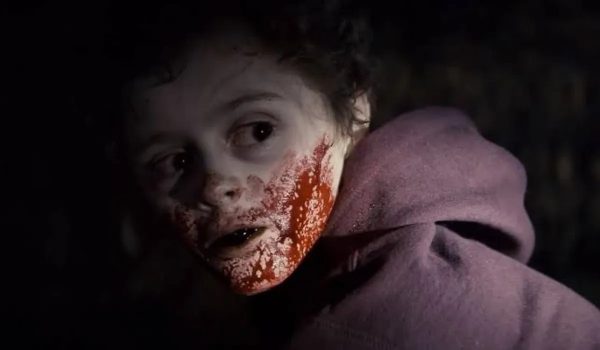 Despite kicking those bad habits, Jess is still presented as a somewhat irresponsible and stressed mother that often loses sight of her children. During a phone call, Patrick asks if she has an eye on Owen. She doesn’t, and, of course, he’s up to no good; it’s a comical moment further planting the idea that for as much as she loves her children, she truly isn’t mother of the year material. Case in point, Owen and Tyler end up venturing off to that aforementioned supernatural tree that first affects their dog Pippen before turning feral toward Owen, tearing out a piece of throat flesh.

While Owen is hospitalized, the staff runs some tests, Patrick shows up and is understandably livid, and sister Tyler is horrified, wondering if her brother will die. The doctors cannot understand why Owen is not necessarily getting any better, but Jess observes Owen yanking out an IV to drink his own blood, which miraculously cures him. Rather than explain this craziness to the hospital staff, she brings Owen back home and starts providing him with blood from as many sources as possible. She also researches why this might be happening, Zooming with scientific experts that jump to vampire lore, not quite taking her seriously. 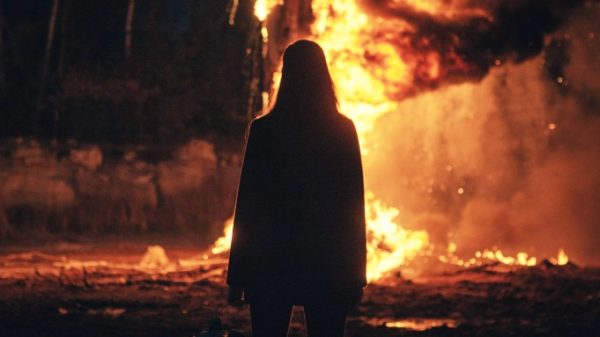 Without a proper understanding of what Jess is dealing with, she turns to darker and darker methods of obtaining blood, all as Owen’s addiction intensifies, creating some parallels between their lives. At one point, Jess cuts herself to let Owen drink from her arm, which could be taken as a literal sacrifice regarding the responsibilities of a parent. At face value, it’s about the extreme lengths a mother will go to keep her son alive. The longer this goes on, Owen becomes a monster in his own right that could be beyond worth protecting and saving.

There are some frustrating aspects here regarding other characters’ reactions and how Blood drips into full-blown horror territory in the third act. The filmmakers also find ways to cheapen the impact of some tough decisions during the ending, even if the makeup effects are chilling and creepy. There is enough solid character work here to make Blood functional as a disturbingly human story, even if it’s wrapped up in occasionally questionable storytelling choices.