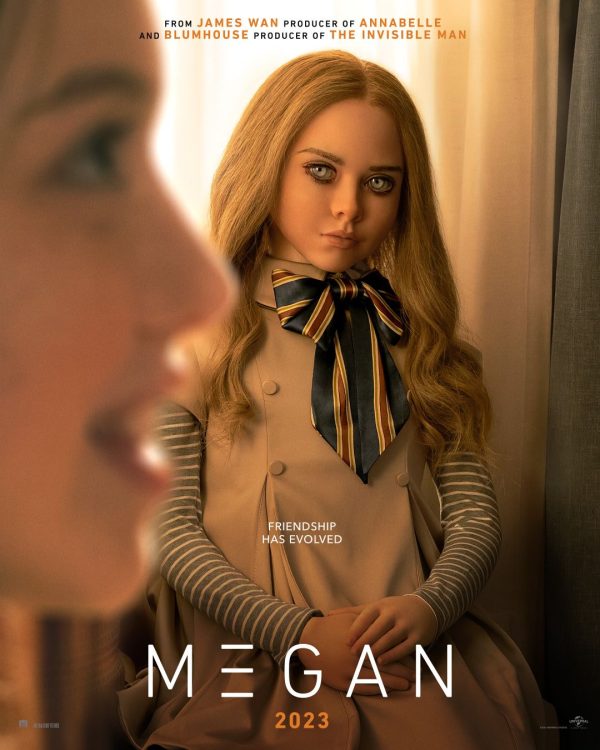 A robotics engineer at a toy company builds a life-like doll that begins to take on a life of its own. 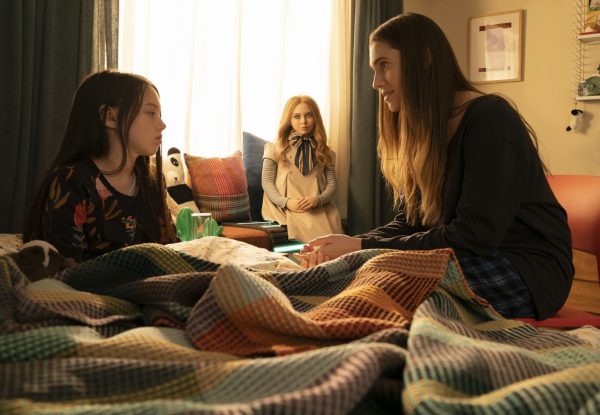 Throwing viewers off-balance and revealing its demented sense of humor in one fell swoop, M3GAN begins with an advertisement for Purpetual Pets. Think highly advanced Furbies, perhaps far too advanced, considering they poop and consistently make fart noises. They also make for better companions to children since they never die, whereas dogs do (the punchline for a dark joke within the first five seconds that will let you know if the movie is for you or not.) It’s also reasonable to assume that the excrements and gases represent the not-so-flattering perception director Gerard Johnstone (using a clever script from modern horror maestro James Wan and Malignant collaborator Akela Cooper) has about technology.

That’s also to say M3GAN, which is unquestionably a dark horror-comedy hybrid, is also a clever satirical skewering of modern technological advancements. Specifically, it touches on the ever-growing rift that such gadgets create between children and parents, on the verge of replacing human guardians altogether, whether intentionally or not. 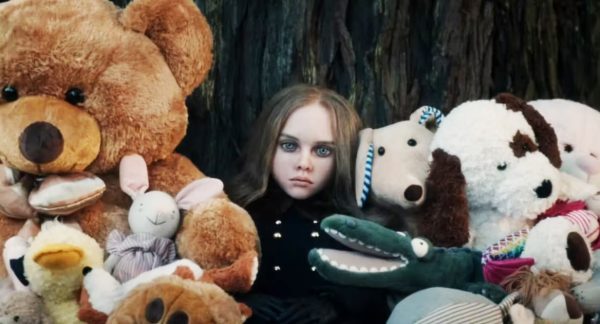 Gemma (Allison Williams) is a high-ranking artificial intelligence programmer working for the Funki Corporation (the manufacturers of Purpetual Pets) working on a secret project alongside her uncertain co-workers away from the bossman, a results and profits-driven overseer named David (Ronny Chieng) who would prefer she make a breakthrough on reducing costs for the Purpetual Pets as a means to compete with cheaper alternatives with fewer features from competitors.

Gemma also happens to be the new primary guardian for her young niece Cady (Violet McGraw turning in a strong performance dramatically), who is currently recovering from physical and emotional wounds and grieving the loss of her parents following a tragic car accident while passing through a blizzard traveling to a remote vacation cabin in the mountains. While Gemma seems to have no problems accepting the parental duties, it’s also clear that she is career-driven and simply not suited to work with and guide Cady through this confusing and troubling period. 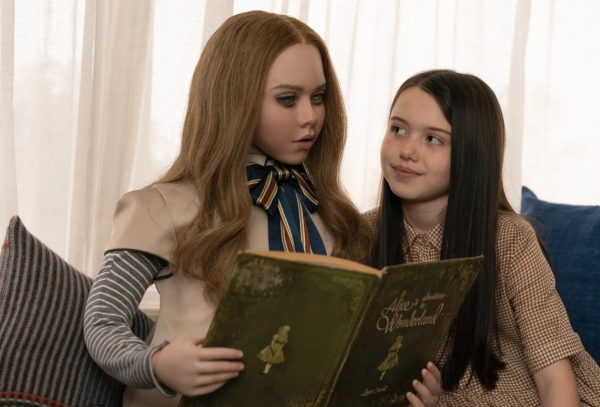 There are toys in Gemma’s house, but they remain in boxes on display as prized collectibles showing off her accomplishments (there’s also a smart joker early on in that when Cady is allowed to play with one of them, the toy company’s ideas have become advanced in ways that children couldn’t give less of it damn about.) Not to mention, everything about her living environment is codependent on surrounding technology, whether laptops or Alexa stand-in devices, to such a degree, that it has possibly robbed her of the capability to connect emotionally with Cady regarding her loss. Like so many parents in the real world, it has also made Gemma’s moderation of screen time nonexistent, even when Cady asks how long she can use the iPad while her aunt works from her home workshop.

Cady doesn’t necessarily take an interest in Gemma’s work but is nonetheless fascinated by the concept of having a robotic friend that she deems would be the only toy she would ever need. As such, Gemma’s motivation kicks into high gear and, with some movie magic, a few scenes later, shows David a working version of M3GAN (Model 3 Generative ANdroid). The android pairs with Cady, functioning as an all-knowing, patient friend that converses, listens, stores her memories as audio files, and above all else, protects the child. 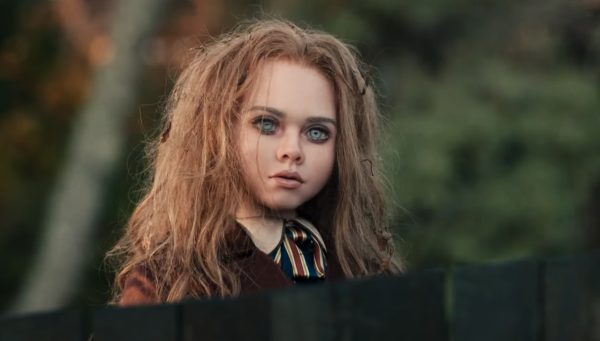 Rather than play M3GAN as straight-up horror, the filmmakers continue running with a deranged comedic tone that brings an annoying neighbor, a nasty teenage boy, corporate scheming, and a child therapist into the mix as Gemma frequently misses the point that it’s not healthy for Cady to attach herself to the android in a guardian dynamic. David hilariously exclaims that “there ready to kick Hasbro in the dick” as he and the CEO encourage Gemma to set up a live presentation of M3GAN, prepared to make it the hottest Christmas gift on the market.

Meanwhile, bodies start turning up dead, at one point introducing an idiosyncratic detective for 30 seconds who, much like all of us, finds humor in this twisted skewering of technology. He also deserves his own movie, but that’s another discussion. 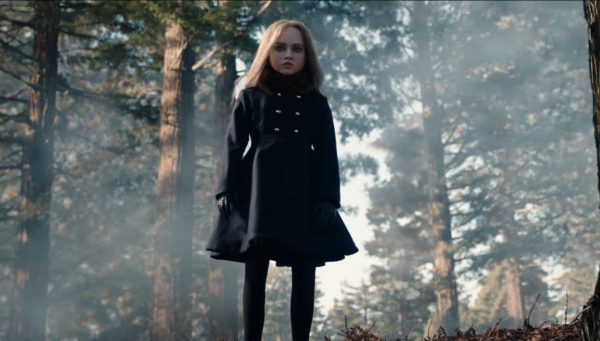 The chemistry between the android and girl skillfully walks the line between touching and awkwardly strange. During the amusing campiness also lies an inherent creepiness due to the android’s jerky physical movements (Amie Donald), creepy voice (Jenna Davis) that occasionally breaks into song, and the uncanny valley CGI face (it’s as if the filmmakers took past infamous CGI blunders and found a useful creative purpose for the effects.)

It’s a stretch to call M3GAN terrifying, although as she becomes more aggressive and violent (unfortunately, it’s of the toned-down PG-13 variety), there is some suspense. Also, as the film transitions into slasher territory and embraces the overprotective killer toy formula, some satirical smarts fade away, but the experience remains undeniably and absurdly fun. 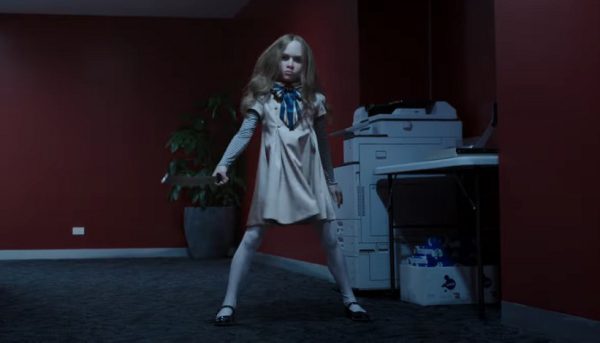 You may not want her to be your friend forever, but you can’t go wrong spending these 102 minutes with M3GAN, mild midsection pacing issues in mind. Although if you’re a neglectful guardian that thinks technology should do the parenting for you, maybe not, since you are the target. M3GAN is an intelligently unhinged work that updates the killer dolls subgenre for the modern era; it’s the unholy love child of Child’s Play and The Terminator with a welcome skewering of technological dependency.