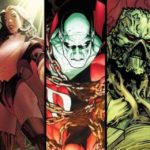 Having been tipped as a potential replacement in the director’s chair following the departure of Doug Liman, Deadline is reporting that Gerard Johnstone (Housebound) has signed on to polish the script for Warner Bros.’ planned DC ensemble Justice League Dark. The movie, which focusses on the supernatural side of the DC universe and reportedly features John […]

As with The Flash (now titled Flashpoint), Warner Bros. are on the lookout for a third director on its upcoming supernatural DC ensemble Justice League Dark following the departures of Guillermo del Toro and Doug Liman. Well, it Beyond the Trailer’s Grace Randolph is to be believed, the studio has now narrowed its choice to […]