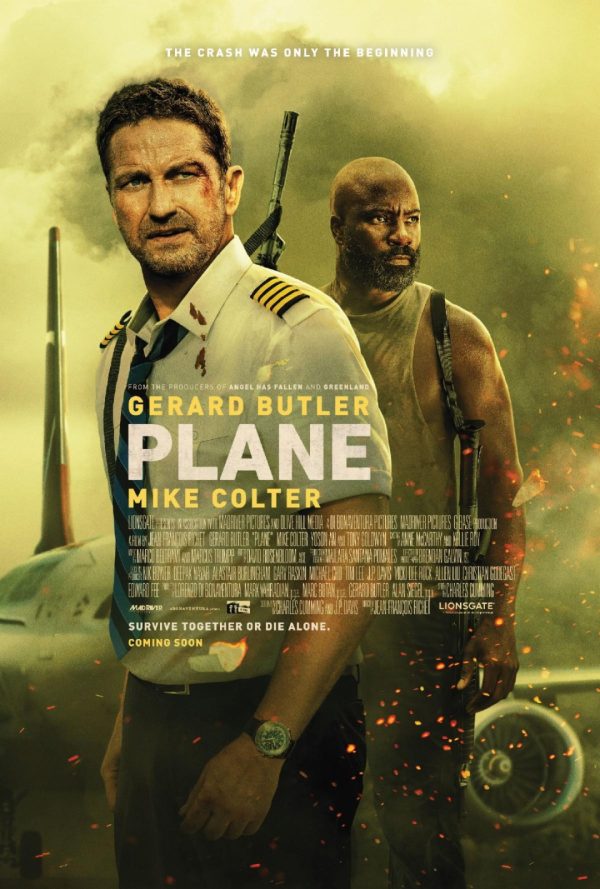 A pilot finds himself caught in a war zone after he’s forced to land his commercial aircraft during a terrible storm. 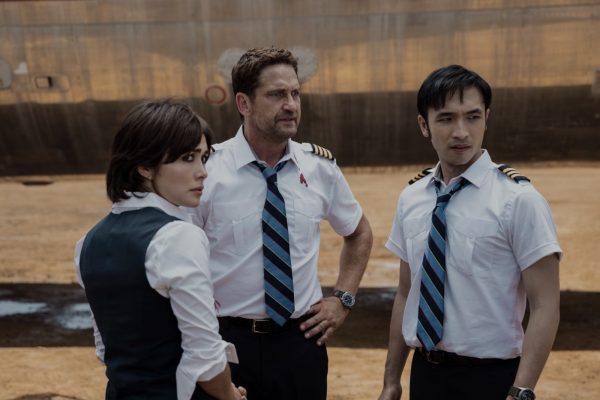 As hilariously simplistic title Plane is for a film, it’s also a creative choice working in director Jean-François Richet’s (the Assault on Precinct 13 remake) favor. That’s not to say anyone is expecting heavy drama from a Gerard Butler flick, but everything about the marketing has made it clear to leave one’s brain at home. Of course, self-awareness is not alone enough to transcend a preposterous story, but there is an uproarious charm to Gerard Butler again in altruistic action mode.

This time, Gerard Butler plays commercial pilot Brodie Torrance, using his Scottish accent to deliver unquestionably corny one-liners while also busting heads and searching for mechanical airplane solutions as unbelievably dumb situations that elicit cackling unfold around him. Some decisions that push the plot further into motion and strand the passengers aboard this New Year’s Day flight from Singapore to Japan are bafflingly dumb, like unfastening a seatbelt during severe turbulence to stumble around picking up a dropped phone. However, they naturally slide into the vibe of this silly action flick that is, ultimately, an excuse to watch Gerard Butler and Mike Colter save the day. 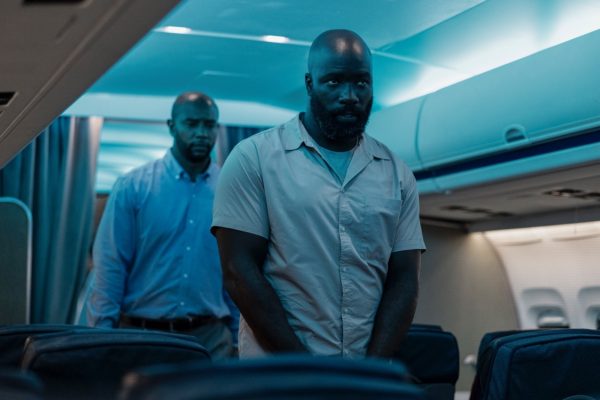 Handcuffed and set to be extradited, Mike Colter’s violent Louis Gaspare turns out to be an invaluable resource, as lightning destroys the plane’s power, forcing Brodie and reliable co-pilot Dele (Yoson An) to emergency land on an unknown island that turns out to be Jolo, an area run down by religious extremist mercenaries to such a degree that the Philippine army refuses to interfere. Rather than pressure one of the passengers (a mostly interchangeable bunch except for one entitled, whiny jerk) into searching for assistance and information on where they are, Brodie wrestles with his morals before choosing to uncuff Louis.

To the surprise of virtually no one, Louis is a misunderstood person who had his life derailed by being in the wrong place at the wrong time, coming around to the idea of supporting Brodie. One wants to make it home to his family while protecting his passengers at all costs (something sappy that Gerard Butler knows how to play up properly), and the other seeks freedom. The character work is solid, finding moments of sincere humanity amidst funny narrative implausibility. 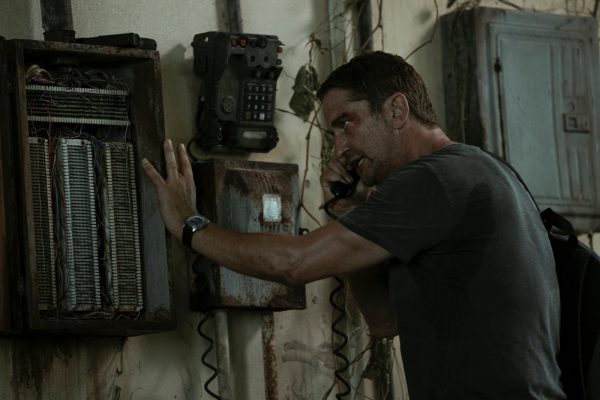 Plane is a contrived movie that requires much suspension of disbelief, but once the characters are stuck on that island and caught in a war zone, with Brodie and the highly intimidating Louis fighting for everyone’s lives, there is a propulsive intensity to the action sequences. One hand-to-hand fight sequence between Brodie and a mercenary is a few minutes long and done in one take, allowing viewers to feel the visceral brutality of the struggle.

There’s also a grittiness to the violence that surprisingly functions well as a counterpoint to the inherent goofiness of the premise. The climactic escape is genuinely exhilarating, with the filmmakers demonstrating throughout a knack for constructing sustained suspense and bloody excitement. Perhaps most surprising is that there are some striking shots courtesy of cinematographer Brendan Galvin, notably using reflective mirrors and varying color palettes. 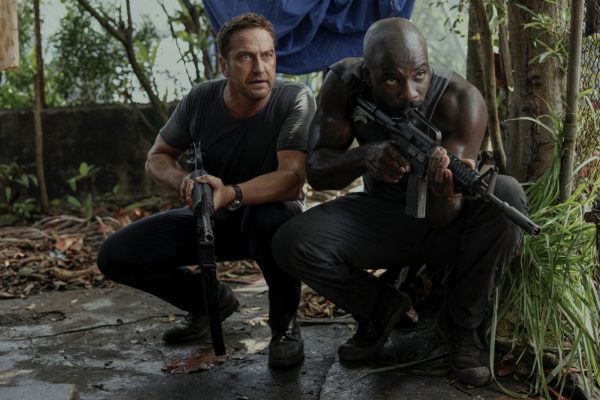 Frustratingly, there is also a subplot away from the island and at the airline headquarters where corporate crisis manager Scarsdale (Tony Goldwyn) formulates a rescue plan with his own mercenary group, increasingly at odds with a chairman more concerned with PR spins and what will result in the least amount of negative press rather than keeping everyone alive. This thematic diversion pitting business against saving human lives mostly disrupts the film’s forward momentum. 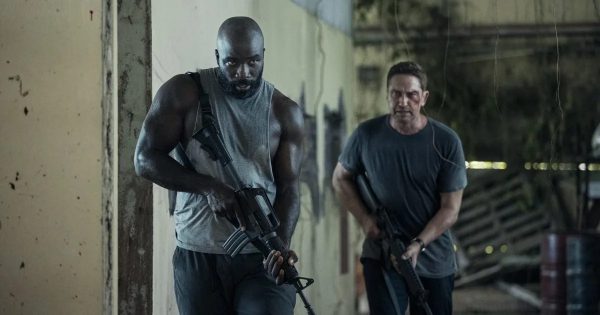 Otherwise, Plane is a solid slice of Gerard Butler action with a side of Mike Colter, playing to their strengths. It’s noisy, mindless, and violent but endearingly so with a helping of laughter, whether intended or not. It’s competently directed and thrilling, overcoming a bare-bones script indulging in clichés and sentimentalism.