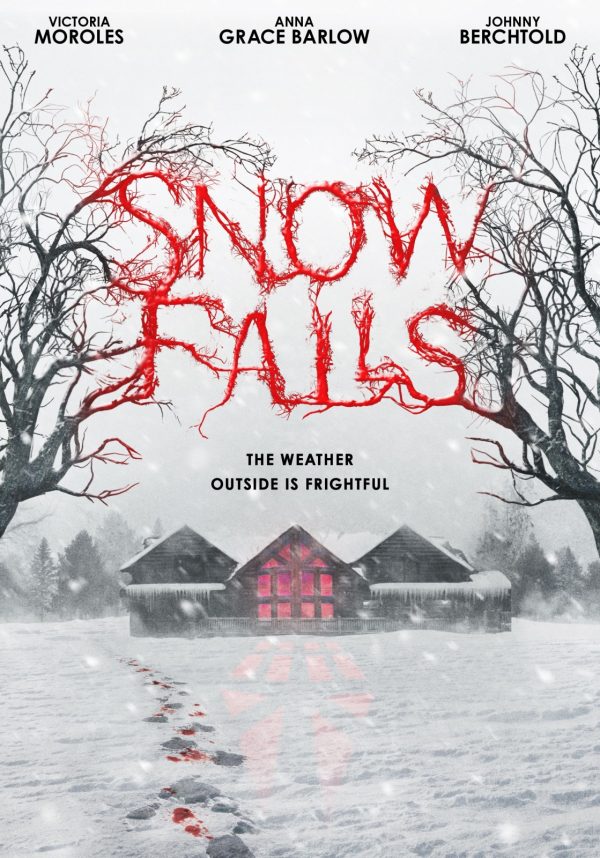 While there have been some excellent flicks which, in the past, have successfully harnessed the tropes of this particular kind of horror to great effect like Evil Dead, Misery, Dog Soldiers and Cabin Fever, the cabin-in-the-woods horror subgenre is one that’s been done to death and if you think this latest offering will change up things, think again.

Following a premise similar to that of Cabin Fever, Snow Falls also centers on a group of individuals who get trapped in an isolated cabin, when the aftermath of New Year’s celebration bash doesn’t go as planned. Most in this motley crew of personalities have their own share of emotional baggage and skeletons in their closets which motivate their actions later on in the movie.

Eden (Anna Grace Barlow), is an aspiring medical student who recently lost her mother to an unknown disease; River (Johnny Berchtold) is the rich kid whose parents own the cabin and harbors a secret affection for Eden; Andy (James Gaisford) the douchey social media addict; Em (Victoria Moroles) the paranoid hypochondriac and Kit (Colton Tran) the party animal.

Anna Grace Barlow’s character is by far the most interesting and very early on in the story it gets established that she’ll take the lead and steer the story. But unfortunately, there is only so much that can be done with a bunch of actors when you only have a below average script to work with. 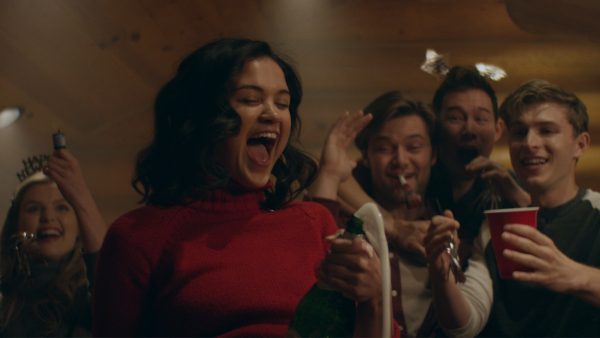 Written by Luke Genton from a story by Tran and Laura M. Young, the trio’s effort doesn’t commit to any of their ideas fully; it is neither psychological horror nor does it have a supernatural twist to it. But failing the aforementioned, the writers could have gone for a more character driven, humans-battling-the-elements type of deal but even that is absent.

Combined with a selection of sub-par performances, Snow Falls quickly snowballs into a cinematic experience you’d wish you’ve missed. Even the technical aspects of the film fail to ignite interest. A lot could have been achieved if a more focused script was crafted or if some decent performances were dished out by the cast, but unfortunately Snow Falls is a very weak rehash of elements and tropes from a horror subgenre that have churned out much better efforts in the past.