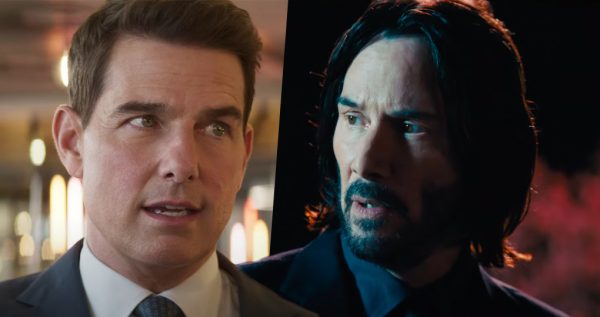 As far as films have gone, 2022 was pretty damn stellar. It’s the first year in a long time where I can honestly say I’ll struggle to put a top ten together. It’s also a rare year where there will be films I’ll still be watching in 5, 10, 15 years and beyond. Really and truly some great cinema. As for action cinema, we have had a very enjoyable, meat and potatoes Scott Adkins release in Accident Man: Hitman’s Holiday with atypically rousing and impressive fight scenes, but perhaps this has been a genre that hasn’t generally hit too many high peaks, outside of one particularly spectacular film.

The Batman was a really good neo-noir, leaning heavier on the Detective Batman angle than big set pieces, but there were several visceral and visually stunning action sequences too. The MCU has been largely poor on the action front, and in truth, all around. Those CGI heavy set pieces have been decidedly mixed though as the overworked CGI artists have been spread too thin over all the movies and shows. Quantity over quality. It’s shown in every facet of those films but indeed the action set pieces particularly. Additionally the unshakable weightlessness of animated sprites bounding through the air with a reckless disregard for physics, with erratic movements of the CGI ‘camera’ make things more eye-aching than eye-catching. 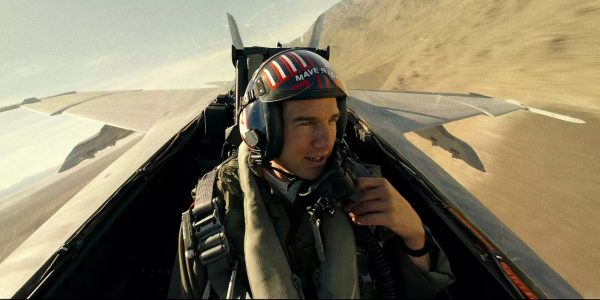 The one action spectacle with consistently impressive and effective large-scale set pieces is, of course, Top Gun: Maverick. The film is superb. It’s brilliant in its simplicity and thoroughly engaging with its palm-sweating, vertigo-inducing set pieces. The cockpit sequences are ones we can feel. They get the hairs on your neck standing up. There is CGI in the film, as the form is inescapable at big budget level, but it’s used to the absolute bare minimum required and around 95% of what is shown practically for this film, including the cast actually involved in aerial set pieces and pulling some serious G’s,  is stuff that would just be done completely in CG or against a green screen if this were a standard blockbuster.

Audiences responded in kind, whilst the fan responses to much of the recent Marvel phase have been increasingly mixed. Are audiences desensitized to CGI-heavy set pieces? Action sequences we can’t really feel or sense the physicality of? Perhaps. So the great thing about Maverick maintaining physical, in-camera action (which is now the exception rather than the norm), is that the audience has lapped it up. 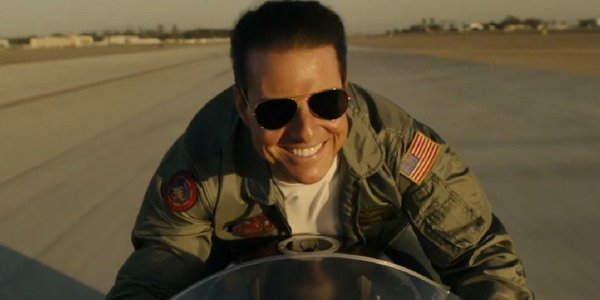 How did this approach come to pass? Yes, Tom Cruise. He pushed and championed for it, as he persistently does for his action films. I look at a trailer like the upcoming Ant-Man film which looks like it’s almost entirely green/blue screen and the whizzy whizzy whooshy camera moves and rubbery weightless sprites, and wonder if I’d be better off playing a PS2 game. Gimme Tom Cruise corkscrewing a few thousand feet up in the air, in a jet fighter, for realzies, every time!

This brings us nicely to the year ahead. 2023 is going to be a big year for action cinema. In many ways it’s a bit of a delayed reaction, because a number of the films were due out earlier, including the two major picks of the year (which we shall get onto very soon). However, aside from the cream of the action crop due next year, we’ve got a new Fast film due. Can they pull back on the CGI and just bring back the slightest semblance of gravity again? We’ll see. A once very entertaining franchise with some great set pieces has descended into the realms of ludicrous. 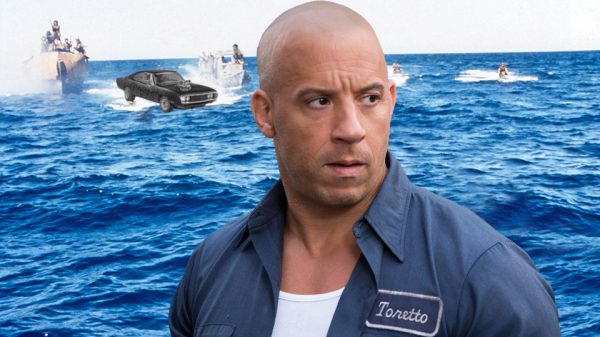 The year will also see the long-gestating, and also delayed, fourth instalment in The Expendables franchise. Okay, they’ve never got this one right really, and the novelty had worn thin by the second film, but we still have a collection of action titans like Stallone, Statham, Lundgren and some iconic brawlers from South East Asia like Tony Jaa and Iko Uwais. If they can just stop using the subpar Millennium CGI and VFX plug-ins quite so much, that’d be a good start.

Even without these also-rans, the year is going to kick all kinds of backside. The first big player is John Wick: Chapter 4. The franchise had humble beginnings, with a film that had Keanu Reeves in the midst of a box office decline. A modest budget also didn’t even guarantee the film would be a theatrical movie. Of course, it became a hit among action aficionados and Keanu fans (mind you, is anyone NOT a fan?) and spawned two sequels. The world of John Wick, built from Derek Kolstad’s scripts and Chad Stahelski’s direction, was as enjoyably silly as it was fluid and evolving. Every new nuance, tradition, custom that we are introduced to within this world of elite assassins just colours an almost fantastical world all the more. 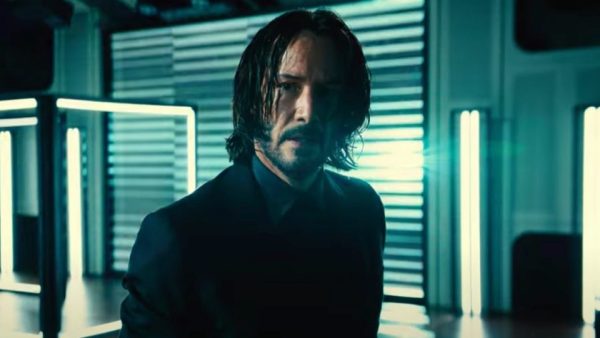 Furthermore, the franchise has been blessed with several key elements. One of which is the main man, Keanu Reeves. He’s one of cinema’s great stoic but endearing action heroes. His real-life persona also brings with it an inherent likeability. Though Wick is almost ridiculously indestructible, Reeves has his own distinct puppy dog vulnerability. We’re still rooting for him and wondering how he’ll pull through. Then he is pushed off a 100-foot high building, bouncing off metal railings on the way down and gets himself away no problems. We don’t question it.

Additionally, the franchise has been blessed with great co-stars (like Ian McShane) and opposition fighters (like Mark Dacascos). The world Wick inhabits, mostly shot at night, is scintillatingly atmospheric. It’s all stunning interiors from museums to libraries and hall of mirrors, to exteriors like neon and rain-soaked streets. Dan Laustsen has lensed Chapters 2 through 4 and they are getting increasingly stunning and elaborate in visual scope. There isn’t an action franchise going that looks as dazzling as John Wick. All the while, Chad Stahelski makes the films not only involving for their story and characters but stunning with their action. As the budgets have risen, so too has the scope, taking us into vehicle jousts, chases, and other settings. The ante-upping has been giddying. 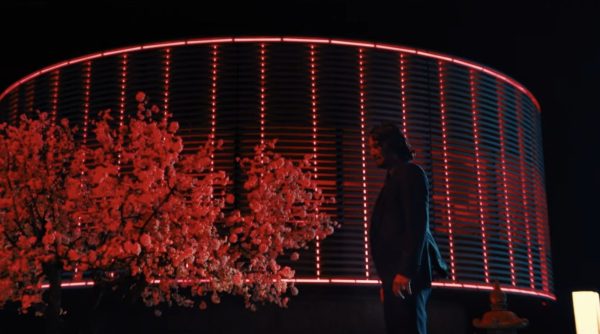 The trailer for John Wick: Chapter 4 dropped a little while ago and it looks suitably insane, promising an even more visually dynamic film. It’s like watching Blade Runner melding with early 90s John Woo. It’s hard to impress with trailers these days. Some just look wholly uninspiring. Others maybe, as trailers, just too formulaic, following worn-out trailer tropes. Of course, a trailer can be misleading, but given the three-for-three hit rate of John Wick, the stunning action, spectacle and battles promised, it feels like the fourth instalment will be a sure-fire favourite with action fans.

The mouth-watering promise of Reeves battling Donnie Yen and Scott Adkins in this one also has action lovers on the edge of their seats. If other franchises have often fallen short when it comes to pitting icon vs icon, Stahelski has never let us down when he’s put a fighter against Reeves (for example Dacascos). When it comes to Donnie Yen too, he’s been utterly (criminally) wasted in EVERY Hollywood production he’s appeared in. This is the film that will end that run, and you can take that to the bank (the blood bank, Senator Trent). 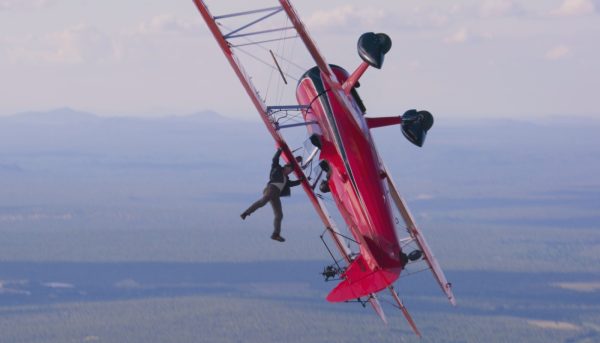 As for the other King Kong, Big Daddy action blockbuster of 2023, that brings us to Mission: Impossible – Dead Reckoning Part One. Crap title aside, this is a franchise which has become synonymous with all the ways its lead star has risked his life on screen. Say what you will about Cruise, from couch jumping to Scientology, to on-set rants, and the rest, but he’s also as committed as anyone to producing spectacular cinema.

Cruise leads by example. Actors don’t go through the exhausting training and then shooting to deliver those Maverick set pieces, if Cruise isn’t leading the line as he does. From the moment he descended on a zip line to an arousing thought away from touching the pressure-sensitive floor of a vault in the first Mission:Impossible, he has made it his cinematic mission to perform death-defying stunts on camera. He’s broken bones doing so (most memorably annihilating his leg on a rooftop jump in Mission: Impossible – Fallout). 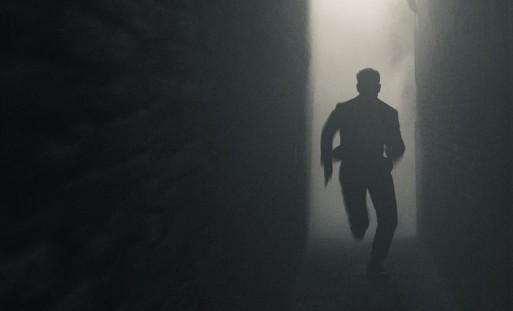 We’re going to see Cruise in space at some juncture, but until he does something jaw-dropping beyond the blue skies, we’ll settle for the latest Mission: Impossible movie. Are they all sort of the same MacGuffin chase? Sure, but the franchise has always been spectacular. It began interestingly erratic in its stylistic shifts (from Brian De Palma, to John Woo, to the comparatively formulaic J.J. Abrams). Since Brad Bird took over on Ghost Protocol and handed the reigns to Christopher McQuarrie in Rogue Nation, the style has remained consistent. It’s a crisp, old-school action blockbuster approach that feels like 80s-era John McTiernan. We can see the action. The style never imposes itself on the picture. They’re very well-lit and impeccably shot (this has almost become irksomely rare in action cinema now).

What can we expect from Ethan Hunt’s next adventure? Well, plenty of action of course. World ending, MacGuffin chasing, double-crossing, stunt-filled action. We’ll have Hunt arsing about on top of a speeding train, and on top of a biplane a few hundred feet up in the sky when the long-delayed (much due to Covid) film finally arrives. Of course, it comes needing to match a high bar, not only from Fallout (the best in the franchise thus far) but also Cruise’s box office-smashing behemoth, Top Gun: Maverick. 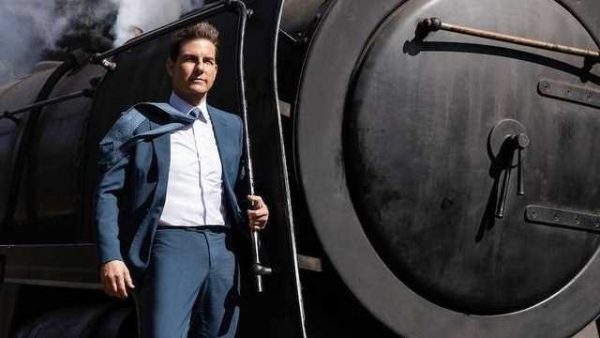 If the latest M:I and John Wick instalments will prove anything, it’s that audiences will revel in seeing eye-catching action films that don’t feel disposable. The physical performance required to perform real physical stunts still cannot be faked, nor can that motion against gravity, the rough and tumble of a mano-a-mano or the way a car really spins through the air. Cruise’s film will inevitably be even more grounded, whilst John Wick helmer Chad Stahelski isn’t averse to green screen embellishment, but in Wick’s favour are the thunderous fight scenes and those gorgeous neon-drenched visuals.

In this ultimate battle of Hunt vs Wick, with two titans swinging with some spectacular trailers, it begs the question: Who will be the ultimate action champion of 2023? Regardless of this answer, the action fans will be the real winners.

Who do you think will be the King of Action in 2023? Let us know on our social channels @FlickeringMyth…

Tom Jolliffe is an award winning screenwriter and passionate cinephile. He has a number of films out on DVD/VOD around the world and several releases due out in 2022/2023, including, Renegades (Lee Majors, Danny Trejo, Michael Pare, Tiny Lister, Nick Moran, Patsy Kensit, Ian Ogilvy and Billy Murray), Crackdown, When Darkness Falls and War of The Worlds: The Attack (Vincent Regan). Find more info at the best personal site you’ll ever see here.