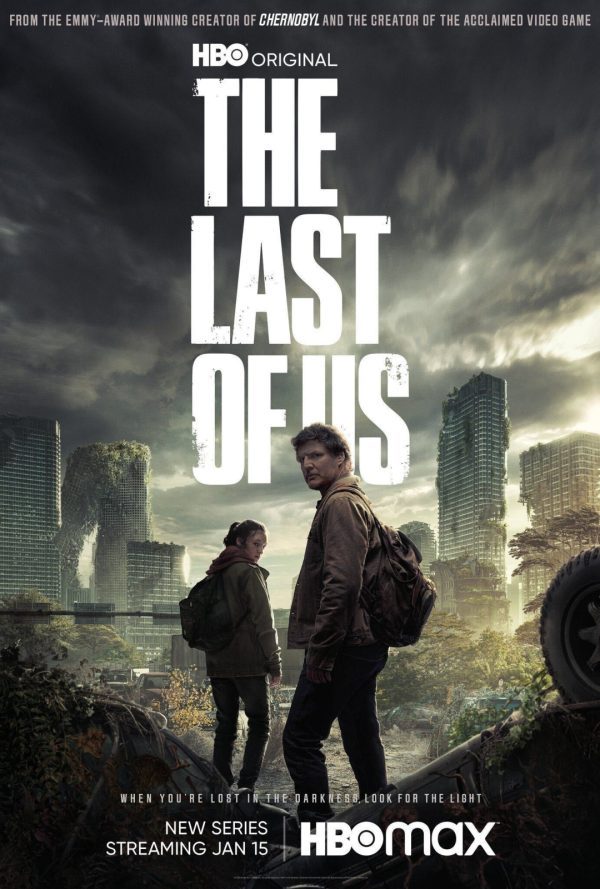 Joel and Ellie, a pair connected through the harshness of the world they live in, are forced to endure brutal circumstances and ruthless killers on a trek across post-pandemic America. 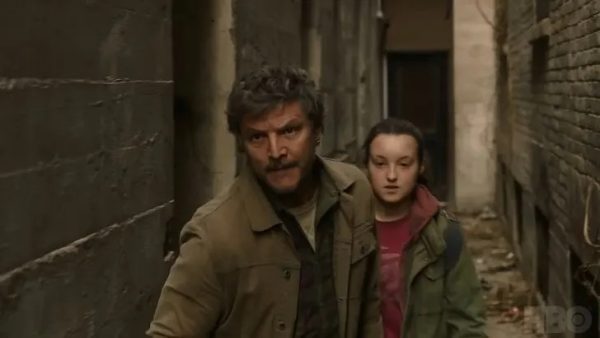 While there are guilty pleasures and marginally entertaining works here and there, Hollywood has infamously failed to crack the code of adapting video games, something that HBO accomplishes with post-pandemic survival drama The Last of Us.

Chernobyl showrunner Craig Mazin has been handed the reins (and seems to be a genuine fan of both games), but equally wise is bringing aboard the man that knows these characters better than anyone, the narrative director of both games, Neil Druckmann. There’s another bold move in that these two (along with several appropriately tantalizing choices for episode directors such as Quo Vadis, Aida?‘s Jasmila Zbanic and Border‘s Ali Abbasi) are far more interested in translating the story beats and character development across mediums rather than third-person shooter gameplay or stealth mechanics. 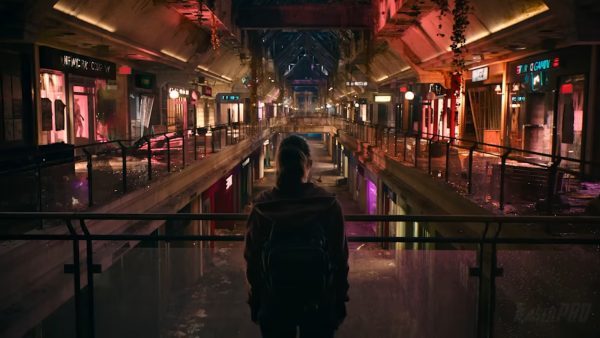 By focusing on what would enhance The Last of Us as a TV show and what would feel oddly placed and exhaustingly redundant outside the confines of a video game, Mazin and Druckmann gift themselves ample opportunity to expand on the narrative and characters while remaining faithful to the source material. That’s not to say the show would be a failure if it went on its own unique narrative trajectory, but more praise that dialogue and plot points taken from what is unfairly and close-mindedly seen as an inferior medium for storytelling come across as emotionally raw here as they did in the games. It will tear your heart into one million pieces all over again. One of gaming’s crowning achievements is now the same for television/streaming.

The heart of that dynamic comes from Joel (Pedro Pascal) and Ellie (Bella Ramsey) crossing paths 20 years after the crumbling of society sometime in 2003 (meaning that modern life as we know it never came into existence) at the hands of cordyceps (a fungus grounded in real science that takes over the brain, transforming the person into a mushroom-headed zombie that hunts its prey using echolocation.) 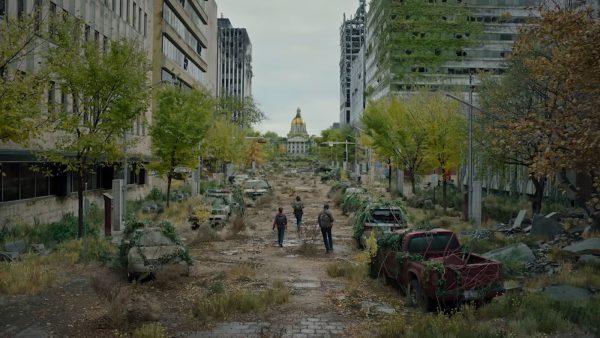 World-wearied and with a tortured past (that saw him turn to regretful jobs and actions across those 20 years), Joel and his hardened friend Tess (Anna Torv) come into another smuggling job, this time involving a human, the aforementioned 14-year-old foul-mouthed and spunky Ellie. Tasked by high-ranking Firefly resistance personnel Marlene (Merle Dandridge, also the game’s motion capture performer for the character), they are to deliver the girl to a scientific research base, and in return, Joel will receive a working car battery to set off across the country searching for his estranged brother Tommy (Gabriel Luna.)

Nothing goes as planned, leaving Joel and Ellie on a perilous journey that smartly prioritizes the growing surrogate father-daughter dynamic that made the game special. Born into a destroyed world uprooted by nature (stunningly realized, simultaneously serene and eerie), orphaned Ellie hasn’t really stepped foot outside the strict quarantine zone she is growing up in. 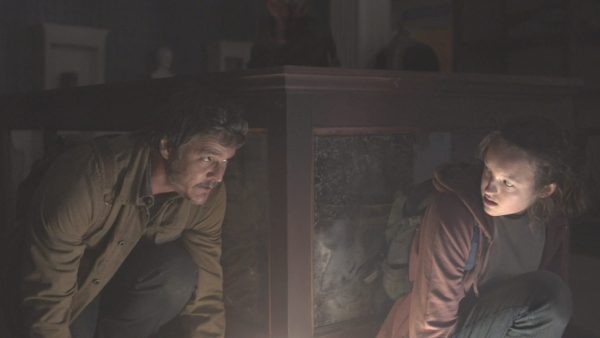 As such, while trekking from Boston out West, she sees beauty in the outside world, fascinated by life before the apocalypse yet confounded at the superficial things people cared about most. In lesser hands, her constant dropping of F-bombs and backtalking toward grown-ups would come across as annoyingly edgy, but here, it’s natural and endearing as she experiences a loss of whatever innocence is left from facing danger every step of the way.

It’s no hyperbole to say that Pedro Pascal and Bella Ramsey deliver the greatest performances ever based on video game characters; the latter is instantly recognizable as the Ellie gamers know and love as soon as she opens her mouth, and it’s hard not to imagine newcomers developing that same affection for the character. Meanwhile, Pedro Pascal taps into the character’s inner pain, closed-off emotions, conflict, and shortcomings as a person with palpable pathos. It’s a story of finding salvation and finally moving on from unimaginable grief as much as it is about surviving, if not more so. 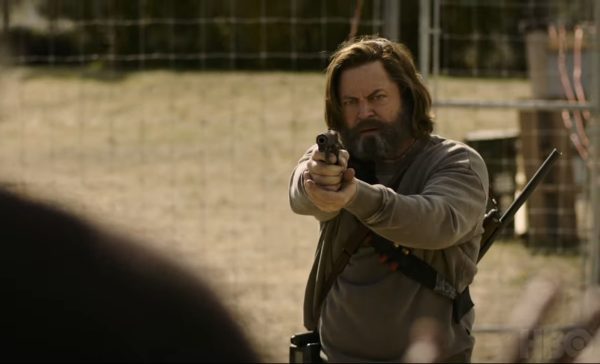 Neil Druckmann loves all his characters, though, as evident by dedicating a single one-hour+ episode to an acquaintance of Joel, Bill (Nick Offerman), a gay gun-nut that had been prepping for the apocalypse, who lets that guard down and finds love in an ambitious and occasionally rough and rushed tale (due to how much it fits into that timeframe, but nonetheless captivating) that spans all 20 years of the apocalypse.

A good portion of this is based on an optional memo to be found playing the game. The fact that the showrunners deemed it essential to adapt speaks to how meaningful all these characters are, and the wide-ranging diversity on display is not an afterthought. A similar flashback episode focuses on Ellie and her best friend/sort-of-girlfriend Riley (Storm Reid), and it’s also remarkable how the writers sincerely build that dynamic with gentleness and playfulness. There rarely seems to be a moment where Mazin and Druckmann aren’t contemplating how they can boost representation, and if that pisses off certain corners of the Internet, well, good riddance. The acting across the board is terrific (with only one performance for a brand-new character appearing in two episodes that feels awkwardly comedic and miscast). Hopefully, those with reservations will give it a chance and realize there’s more to casting fictional video game characters than replicating appearances and races.

Admittedly, the adaptation probably could have used at least one more action sequence (either original or ripped from the games); the Infected are surprisingly missing from much of the show’s second half, but in its defense, the game also encouraged avoiding past those encounters through sneaking with more of a focus on violent firefights against deranged humans. David is here, and perhaps that’s more than enough for twisted thrills (not saying anything else for those that haven’t played the games.) The human drama is also so brilliantly captured that the showrunners likely did make all the right choices. If stripping out the gameplay to focus on the story makes it sound like The Last of Us is ashamed of its origins, that couldn’t be farther from the truth. Much of the dialogue and story bits are lifted directly from the games, complete with Gustavo Santaolalla’s soft guitar work and fantastic score, not to mention including motion capture performers from the games in small roles. It comes down to a logical understanding that the story had to come first for an adaptation, and for any of that to work, Neil Druckmann needed to play a critical role.

Hollywood could stand to learn a lesson in humility, offering similar jobs to game directors instead of often hiring hack writing committees that don’t get the material they are translating. If they do pay attention, The Last of Us will be a game-changer for how video game adaptations are handled in the future. There’s no excuse to treat them as soulless cash grabs anymore; this proves they can be successfully adapted while maintaining the same emotional weight. After all the horrific video game adaptations we have been through, this powerful labor of love can’t be for nothing.