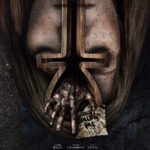 Seraph Films has unveiled a new poster for its upcoming horror feature The Nightmare Gallery, which stars Amber Benson (Buffy the Vampire Slayer), Kevin Chamberlin (Road to Perdition, Jessie), and Mat Devine (former front man of the rock band Kill Hannah). The Nightmare Gallery sees Benson as an anthropology professor as she investigates the sudden, […] 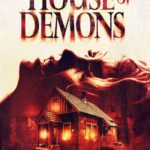 After looking at Amber Benson’s resume one can’t help but be impressed. She is a writer, director and actress with roles in The Crush, Steven Soderbergh’s King of the Kill, Bye Bye Love alongside Matthew Modine and Imaginary Crimes in which she costarred with Harvey Keitel and Elisabeth Moss to name a few. She has also […]

Amber Benson, known for her role as Tara in Buffy the Vampire Slayer, will star in Seraph Films’ upcoming feature film, The Nightmare Gallery, where she will appear alongside three-time Tony nominated actor Kevin Chamberlin (Road to Perdition, Jessie). The story follows Amber Benson as an anthropology professor as she investigates the sudden, suspicious disappearance […]