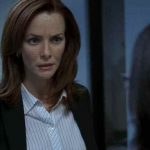 The second season of Star Trek: Picard will see the return of a familiar and very deadly enemy to the former Enterprise captain. Annie Wersching (Bosch) will star as the Borg Queen for what will be a recurring role. The Borg Queen commands the hive mind of the Borg, controlling their actions with the objective of assimilating […]

Having announced its young leads for the TV series Runaways last week, the official Marvel site has now revealed the cast who’ll be portraying their parents, a.k.a. the supervillain cabal known as The Pride. Via the official site: Ryan Sands (Hat Hair, The Wire) as Geoffrey Wilder – is a man defined by the grueling […]