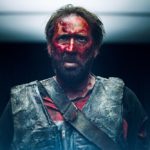 Playing in The Director’s Fortnight at this year’s Cannes Film Festival, Nicolas Cage’s revenge drama Mandy has now secured distribution in all international territories, according to XYZ Films. Directed by Panos Cosmatos, Mandy is set in the wilderness of 1983, where Red Miller (Nicolas Cage) must deal with the fallout of an unhinged religious cult that […]