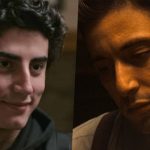 Deadline brings word Paramount+’s upcoming limited series The Offer has cast Anthony Ippolito (Grand Army) as Al Pacino. The series follows Miles Teller (Top Gun: Maverick) as producer Al Ruddy and the tumultuous events behind the making of The Godfather. Despite being one of the most critically acclaimed films of all time, The Godfather had a very dramatic behind […]