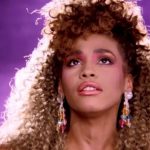 A Whitney Houston biopic is currently in the works with a script from Oscar-nominated screenwriter Anthony McCarten. According to Deadline, the biopic, titled I Wanna Dance With Somebody, will be a joint production between the Whitney Houston Estate, Primary Wave, and Grammy-winning music producer Clive Davis. Although the film doesn’t have a director as of yet, […] 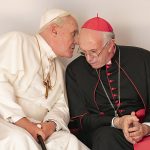 The Two Popes, 2019 Directed by Fernando Meirelles. Starring Jonathan Pryce, Anthony Hopkins, Sidney Cole, Juan Minujín, and Federico Torre. SYNOPSIS: The Two Popes explores the relationship and opposing visions between two of the most powerful leaders in the Catholic Church, both of whom must address their own pasts and the demands of the modern […]

An untitled John Lennon / Yoko Ono film is in the works from The Theory of Everything writer Anthony McCarten. The story of John Lennon’s and Yoko Ono’s romance is well known, and it’s effect on The Beatles and the couple’s anti-war efforts have been well documented. But that isn’t stopping a film detailing their […]

Sony’s long-gestating biopic of the legendary Queen frontman Freddie Mercury has found itself a new screenwriter, with The Tracking Board reporting that Anthony McCarten (The Theory of Everything) has signed on to revive the project and take over scripting duties from Peter Morgan (The Queen). Sacha Baron Cohan had long been attached to the role […]