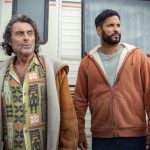 In a pretty quick turnaround compared to the first and second seasons, Starz has announced American Gods has begun production on its third season and released the first official image from the new season. The upcoming season will see another showrunner change as Charles Eglee (The Walking Dead) takes charge of the series. Additionally, Starz also announced […]