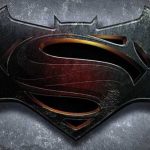 Way back when Batman v Superman: Dawn of Justice and the whole DC Extended Universe was just a twinkle in Zack Snyder’s eye, Warner Bros. looked to bring together its two biggest superheroes for the DC crossover movie Batman vs. Superman. In the early 2000s, with the Batman franchise in tatters after Batman & Robin […]