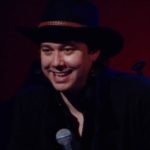 Acclaimed filmmaker Richard Linklater (Dazed and Confused, Boyhood) has signed on to write and direct an as-yet-untitled biopic about the controversial comedian Bill Hicks for Focus Features, Collider has revealed. Texan comedian Hicks is widely regarded as one of the best American stand-up comics of all time, despite his career being cut short when he […]