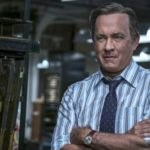 Another week, another Tom Hanks film gets shunted around by the pandemic. With Greyhound ending up on Apple TV+ and News of the World getting a limited run in the US, it appears the only Hanks related event which happened on time was hosting the inauguration special for US television, because Variety is now reporting that […] 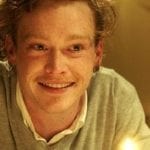 Last year it was announced that Tom Hanks is set to star in Bios, a sci-fi drama set up at Amblin Entertainment, and now comes word from Variety that Caleb Landry Jones (Get Out, Three Billboards Outside Ebbing, Missouri) has also joined the film. Directed by Miguel Sapochnik (Game of Thrones) from a script by […]

Tom Hanks and director Steven Spielberg are teaming up again on a new science fiction project. Per The Hollywood Reporter, Spielberg has picked up Hanks’ sci-fi Bios through Amblin Entertainment. The film will be directed by Game of Thrones‘ Miguel Sapochnik from a script by Craig Luck and Ivor Powell with Robert Zemeckis producing. Bios will see Hanks as […]

The nicest man on the planet, Mr. Tom Hanks, stepped into the sci-fi flecked world of The Circle earlier this year with pretty disastrous results.  Now Variety are reporting that he is to have another crack at the genre with Bios. Game of Thrones director Miguel Sapochnik is attached to direct the story of a robot that […]