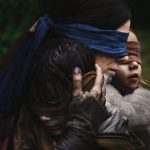 Given how successful the film proved to be for the streamer, having been viewed by more than 45 million accounts in its first week, it will come as little surprise to hear that Netflix is in early development on a sequel to the 2018 post-apocalyptic horror Bird Box. The news was revealed by Josh Malerman, […]