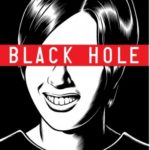 Though he is no longer directing The Flash, director Rick Famuyiwa (Dope) has another project relating to the comic book genre coming up. The Hollywood Reporter has announced Famuyiwa will write and direct an adaptation of Charles Burns’ graphic novel Black Hole for Plan B and New Regency. Burns wrote the 12-issue Black Hole series over a 10 year period […]