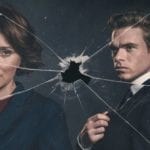 Given that it proved to be its most successful drama in a decade, it will come as little surprise that the BBC is keen for more of Bodyguard, and now star Richard Madden has revealed that he’s talking to creator Jed Mercurio about a second series of the show. “I’m having a conversation with him […]