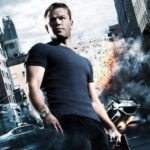 The long-running Bourne franchise has not seen a new entry since 2016’s Jason Bourne. The film marked the return of Matt Damon to the series after Jeremy Renner stepped in for 2012’s The Bourne Legacy. While speaking to Collider about his upcoming documentary Laurel Canyon, franchise producer Frank Marshall has discussed his interest at returning […]

As production continues on the fifth instalment of the Bourne franchise, Matt Damon has been giving Variety an update on the sequel, which will reunite him with The Bourne Supremacy and The Bourne Ultimatum director Paul Greengrass. “We’re, like, probably about halfway through,” states Damon. “We started in September but they’re going dark for most […]

Variety is reporting that Four Lions and Nightcrawler star Riz Ahmed has signed on to appear in the upcoming action sequel Bourne 5 alongside Matt Damon. Ahmed – who is also set to appear in next year’s Star Wars anthology movie Rogue One: A Star Wars Story – will reportedly play a tech specialist at […]

Fresh from his role in Steven Spielberg’s Bridge of Spies, Scott Shepherd has signed on to appear in the currently-in-production Bourne 5, with Variety reporting that the actor will play the deputy director of the CIA. SEE ALSO: First look at Matt Damon in Bourne 5 The new Bourne movies sees Matt Damon returning to […]

The Hollywood Reporter has revealed that Ato Essandoh (Django Unchained, Copper) has signed on for a role alongside Matt Damon in the as-yet-untitled Bourne 5. SEE ALSO: First look at Matt Damon in Bourne 5 The latest instalment in the spy series reunited Damon with director Paul Greengrass and co-star Julia Stiles, while new additions […]

Variety is reporting that Oscar-winner Tommy Lee Jones has signed on for a role in the upcoming fifth instalment of the Bourne franchise alongside Matt Damon, and will play a superior officer at the CIA. Bourne 5 is set to reunite Damon with The Bourne Supremacy and The Bourne Ultimatum helmer Paul Greengrass, with Julia […]

According to Variety, Julia Stiles has signed on to return alongside Matt Damon and director Paul Greengrass for the upcoming fifth instalment of the Bourne franchise, reprising her role as CIA operative Nicky Parsons from the first three movies. Damon and Stiles are set to be joined by Alicia Vikander (Ex Machina) in the cast […]