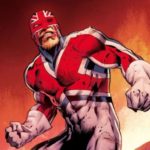 Now, you’ll most likely want to have your pinch of salt ready, but according to Aint It Cool News, Marvel Studios is teaming up with director Guy Ritchie for a Captain Britain movie. According to the site’s report, Marvel Studios has booked space at Pinewood Studios in November and December to hold auditions for the […]