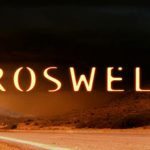 Roswell will be returning to television as The CW has decided to reboot the sci-fi series. The network will develop the reboot with The Original’s Carina Adly MacKenzie executive producing and writing the series. Roswell originally ran for three seasons, with the first two airing on The WB before moving to UPN for its final season from […]