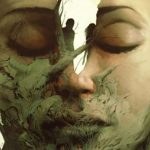 Ahead of the film’s premiere at the 35th Venice International Film Critic’s Week this September, an official trailer and poster have been released for The Book of Vision. Directed by Carlo S. Hintermann and executive produced by Terrence Malick, The Book of Vision features an international cast that includes Charles Dance (Game of Thrones), Lotte […]