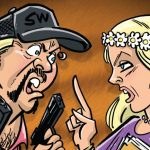 Tidalwave Productions delves into the world of Joe Exotic this coming week with the release of its Infamous Tiger King comic book, and we’ve got a preview for you here; check it out… Right now the world needs a distraction. Perhaps that’s why we are collectively riveted to Netflix’s “Tiger King.” A murder mystery resembling […] 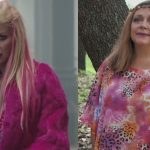 According to a report from People, actress Tara Reid is in talks to play Carole Baskin – a.k.a. “That Bitch Carole Baskin” – in a feature film adaptation of the hit Netflix documentary series Tiger King: Murder, Mayhem and Madness. “We can’t say much other than she is being considered by the producers of the Tiger […]