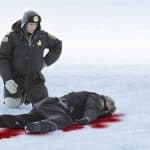 Tom Jolliffe looks back at the Coen Brothers classic Fargo which turns 25… By 1995, the Coen Brothers had become known as creators of quirky cinema, which had an acquired taste. An auspicious low budget debut with Blood Simple was followed with cult favourite, Raising Arizona. Popular gangster film, Miller’s Crossing was well received critically […] 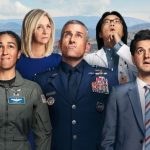 Streaming on Netflix since June 1st Space Force has made quite the impression. In the run up to Emmy nominations composer and long term Coen brothers collaborator Carter Burwell took time out to talk to Martin Carr, about how and why he decided to get involved with satirical comedy… How did you get involved with […]