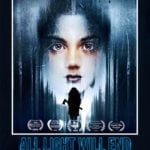 The summer movie season was officially dominated by huge sequels such as Deadpool 2, Incredibles 2, Avengers: Infinity War and Jurassic World: Fallen Kingdom, but as the cooler winds begin blowing in a new crop of films are emerging. Fall marks the time of year when darker films have become the most prevalent, given the […]