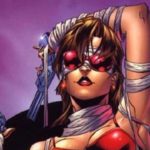 Back in November of 2016 it was announced that Jessica Chastain had signed on to produce and star in an adaptation of Jimmy Palmiotti and Joe Quesada’s Painkiller Jane comic book series, and now the project has found its screenwriter. Deadline is reporting that Christine Boylan (Castle, Once Upon a Time) has signed on to […]