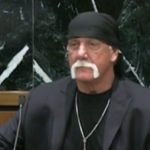 Variety is reporting that The Hunger Games and Red Sparrow director Francis Lawrence has signed on to direct an adaptation of Ryan Holiday’s book Conspiracy: Peter Thiel, Hulk Hogan, Gawker, and the Anatomy of Intrigue. The film will tell the story of the downfall of gossip blog Gawker following a $140 million judgement against the […]