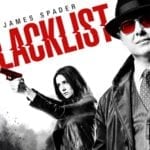 Cort L. Hessler III is currently Emmy nominated for ‘Outstanding Stunt Coordination for a Drama Series, Limited Series or Movie’ for NBC’s crime thriller The Blacklist. This marks Hessler’s 10th Emmy nomination, making him the most Emmy nominated stunt coordinator. He has been nominated every year for The Blacklist since 2014. He credits one of […]