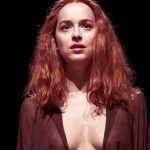 Deadline is reporting that Dakota Johnson (Suspiria) and Riley Keough (Under the Silver Lake) have been set to executive produce and star in Cult Following, an adaptation of the upcoming memoir by Bexy Cameron, a young woman who was brought up in the notorious Children of God cult. According to the trade, the film will […]