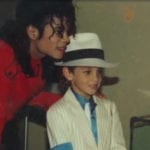 Among the most buzzed about projects at the 2019 Sundance Film Festival was Dan Reed’s four hour Michael Jackson exposé Leaving Neverland, which uses two explosive interviews from Wade Robson and James Safechuck in order to uncover some of the darkest secrets hidden behind the gates of the Neverland Ranch. You can now watch the […]