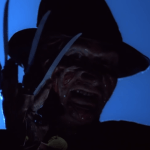 While the A Nightmare on Elm Street series is on hiatus right now after the 2010 reboot, Elijah Wood and Daniel Noah’s production company SpectreVision has expressed interest in bringing the franchise back in an interview with ComingSoon. “As people have been seeing Daniel Isn’t Real, interestingly, there’s been a little movement on Twitter for Adam Mortimer […]