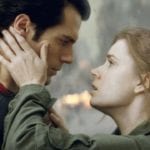 When Henry Cavill announced his return to Superman, many wondered what that meant for his films and the characters included. It’s obvious Cavill’s take on the character made quite the splash upon his debut, but someone else from Man of Steel and the other early DCEU entries also played a critical role. Amy Adams played […]