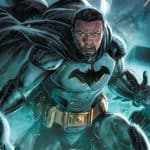 DC Comics has officially announced that Tim (Jace) Fox, the estranged son of Lucius Fox and brother to the former Batwing Luke Fox, is set to don the cape and cowl as The Next Batman in DC’s upcoming Future State event. Tim Fox made his first comic book appearance in 1979’s Batman #313, and was […] 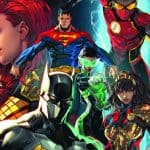 DC Comics fans will get the opportunity to discover the destiny of the DC Universe this January as the publisher launches DC Future State, a two-month line-wide event which spins out of Dark Nights: Death Metal and will offer a peek at the futures both near and far of the World’s Greatest Super Heroes. “The […]