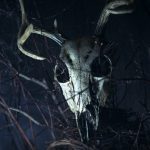 Composer Devin Burrows discusses his score for the new horror film The Wretched… Some neighbors aren’t quite what they seem, and in the case of IFC Midnight’s new horror/thriller The Wretched, they might even be a thousand-year-old witch. The film’s official synopsis reads: Following his parents’ separation, a rebellious teenage boy, Ben, is sent to […]