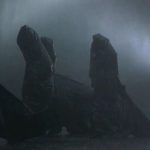 Just as Dune: The Sisterhood begins production for HBO Max, Deadline has reported its creator Diane Ademu-John is exiting her role as co-showrunner. Ademu-John was serving as co-showrunner with Alison Schapker (Westworld), but is vacating the role to focus on other commitments. She is not leaving the show entirely, though, as she will remain an executive producer […]