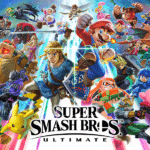 Earlier today Nintendo Direct held a livestream in which they revealed details on the highly anticipated Super Smash Bros. Ultimate, the latest instalment in the Nintendo fighter franchise. The stream revealed new players, stages, items and some firsts for the Smash Bros. series. You can watch the full livestream and check out the details below… Simon Belmont: […]