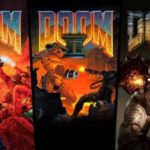 Allen Christian and Gerald James argue about video games… Allen and Gerald discuss the latest gaming news, including QuakeCon, the “25th anniversary” of Doom, and the stealth launch of the first three games in that series for modern consoles. The guys also discuss their favorite consoles of all time, with a shockingly mutual top slot. […] 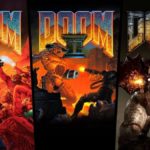 Announced at QuakeCon 2019, Doom, Doom II, and Doom 3 have dropped on all modern consoles, including the Playstation 4, Xbox One, and the Nintendo Switch, as well as Android and iOS platforms. Ostensibly part of the 25th anniversary of the original game (actually released December 1993), the eighth generation of consoles will now have access to the complete […]