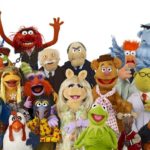 Although the project was never officially announced, Disney+ has decided to scrap the upcoming The Muppets comedy series, Muppets Live Another Day, as creators Adam Horowitz and Eddy Kitsis (Once Upon a Time) and Josh Gad (Frozen) have walked away from the project. According to The Hollywood Reporter, the trio left the series as a […]