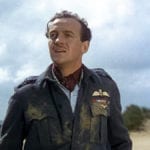 I Know Where I’m Going!, 1945. Directed by Michael Powell and Emeric Pressburger. Starring Wendy Hiller and Roger Livesey, Pamela Brown, Finlay Currie and Petula Clark. SYNOPSIS: Due to marry on the isle of Kiloran, Joan Webster sets off to Scotland to meet her future husband. At the final hurdle, she is stuck at the waters […]

The Tales of Hoffmann, 1951. Directed by Michael Powell and Emeric Pressburger. Starring  Moira Shearer, Robert Helpmann and Léonide Massine. SYNOPSIS: An opera, Hoffmann tells of his romantic history with three beautiful women; Olympia, Giulietta and Antonia “I have to say”, says director Michael Powell prior to working on The Tales of Hoffmann, “I didn’t know much […]