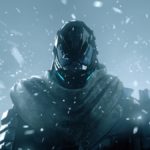 Following its world premiere during Animation Day at this year’s Cannes Film Festival, we’ve got an exclusive trailer for EXT, an animated sci-fi short film from director Adrian Bobb and producer Zeus Kontoyannis which presents a futuristic reimagining of Seven Samurai, but with robots. Watch the trailer below and be sure to head on over to […]