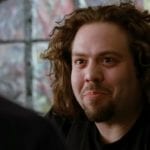 At the Toronto Comicon, Flickering Myth got the chance to speak with Fantastic Beasts: The Crimes of Grindelwald‘s Dan Fogler about the variety of films and television he’s starred in throughout his career. During the discussion, Fogler took the time to reflect on one of his first films and a passion project for himself and […]