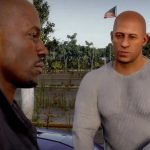 Fast & Furious 9 may have been pushed back an entire year due to the global health crisis, but fans of the action franchise can now get their fix with the release of the video game Fast & Furious Crossroads, which sees Vin Diesel and Michelle Rodriguez reprising their roles as Dom and Letty in […]