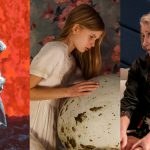 Tom Beasley on the top films from Sundance London 2022… Another edition of the Sundance London Film Festival is in the books, with more than a dozen films from the Utah-based fest’s catalogue screened to press and the public in the British capital. We spent several days cramming in as many of the festival’s offerings […]