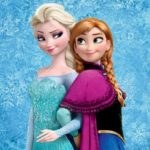 Fans of Disney’s Frozen have a little less time to wait for the return of Anna and Elsa, as the studio has announced that it has moved up the release of Frozen 2 a week, with the sequel now set to open on November 22nd 2019 rather than November 27th. Frozen 2 is once again […]

Evan Rachel Wood (Westworld) and Sterling K. Brown (This Is Us) are heading to Arendelle, with the two actors joining the voice cast of Disney Animation’s highly-anticipated sequel Frozen 2. Details on their characters are being kept under wraps. Frozen 2 reunites directors Jennifer Lee and Chris Buck and songwriters Robert Lopez and Kristen Anderson-Lopez […]

During an appearance on The Ellen DeGeneres Show, actress Kristen Bell has shared a very brief update on Frozen 2, the hotly-anticipated follow-up to the 2013 animated smash hit. “I have recorded the movie,” said Bell, who reprises her role as Anna. “There will be edits before it’s finished but I know the songs, I […]

There’s still almost a year and a half to go until Frozen 2 makes its way into theaters, but actor Jonathan Groff (Kristoff) has revealed that production is about to ramp up on the sequel to the animated smash hit, with the voice cast set to record their lines for the film. “I think I […]

Coinciding with the announcement of release dates for Lucasfilm’s Star Wars: Episode IX and Indiana Jones 5, Disney has now officially set dates for a number of its upcoming projects, including Frozen 2 and Jon Favreau’s The Lion King. Frozen 2, the sequel to the studio’s highest-grossing animated release of all-time, is set to hit […]

Disney has announced at its shareholders meeting today that Frozen 2 is currently being developed by the studio. Directors Chris Buck and Jennifer Lee are both returning to work on the sequel and it has been confirmed that Josh Gad will reprise his role as Olaf the Snowman. As of yet no other cast members […]

In addition to the upcoming short film Frozen Fever, it seems that Disney is returning to the world of Frozen for a full-length sequel to last year’s animated smash hit, with star Idina Menzel revealing to The Telegraph that Frozen 2 is in the works alongside the short and a stage musical. “They’re all in […]