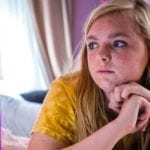 Originally announced a couple of years ago, the adaptation of Grady Hendrix’s cult horror novel My Best Friend’s Exorcism has been summoned to the headlines again with the news that Eighth Grade‘s Elsie Fisher is set to star. The Hollywood Reporter has revealed that Fisher will head up an ensemble that includes Amiah Miller (War […]