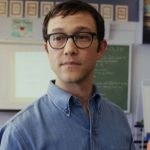 Joseph Gordon-Levitt is emerging as a triple threat with his new Apple TV+ series, Mr. Corman. For this project, he’ll serve as writer, director, and star in this upcoming comedy, which is described as dramedy for “for our contemporary generation of 30-somethings.” From the first trailer, we see Joseph Gordon-Levitt’s Josh Corman attempt to balance […]