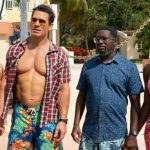 It may have received a mixed reception from critics [read our reviews here and here], but with 20th Century Studios’ Vacation Friends becoming Hulu’s most-watched original film following its debut last weekend, Deadline is reporting that the studio has wasted no time in giving the green light to a sequel. Titled Honeymoon Friends, the sequel […]