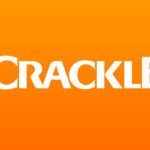 Streaming service Crackle has announced that Nora Arnezeder (Mozart in the Jungle), Gabriel Byrne (The Usual Suspects), Justin Chatwin (War of the Worlds), Tomiwa Edun (Bates Motel) and Laura Fraser (Breaking Bad) have been cast in the upcoming sci-fi thriller In the Cloud, which is being directed by Robert Scott Wildes (Poor Boy). In the […]