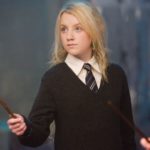 Harry Potter’s Evanna Lynch is taking a survival trek out in the indie drama Indigo Valley. The film was announced last at the American Film Market as a U.S.-U.K.-Icelandic co-production. Variety reports that Lynch has been cast as a newlywed woman who is joined by her husband on a hike through the wilderness for their honeymoon. […]